The April 2012 issue of AMRM is now available as a back issue. 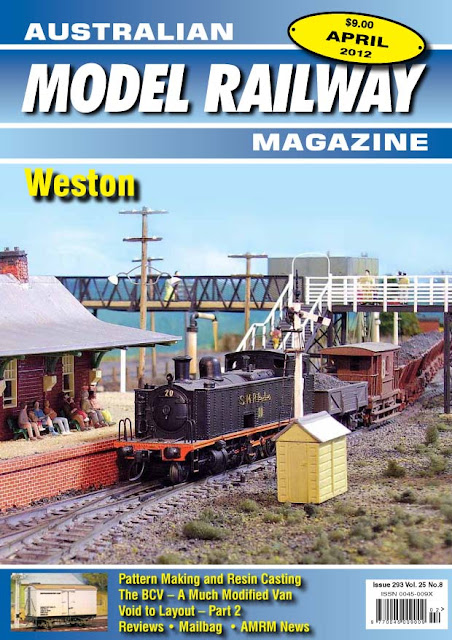 The feature layout is Ernie Cooke's HO scale home layout, based on Weston on the privately owned South Maitland Railways in the NSW Hunter Valley coalfields. 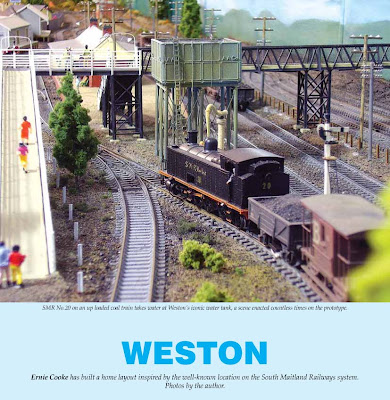 After literally years of research and preparation we are finally able to present Ian Dunn's description of a significant, but almost forgotten item of NSWGR rolling stock, the BCV covered van. Originally envisaged as a bulk grain wagon in 1917, this group of vehicles passed through three stages of development as a louvred van and finished their service in the 1980s fitted with bulk milk tanks. 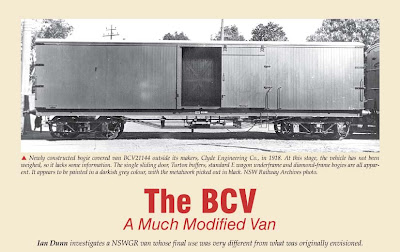 'Hands on' modellers will find much of interest in this article, describing how to scratchbuild masters and then use them as the basis for casting multiple copies, from master modellers Frank Kelly and John McCallum.

For those building, or contemplating building, a layout we have the next installment in Craig Veitch's series describing the construction of his home layout.

This issue's Gallery looks back at some remarkable models scratchbuilt in the 1950s and '60s by Bert Wolfe.

All this, plus the usual supporting features and thirteen pages of reviews and new product news, should  keep you inspired as we slip from 'Summer' into Autumn.