The October 2012 issue of AMRM is now available as a back issue. 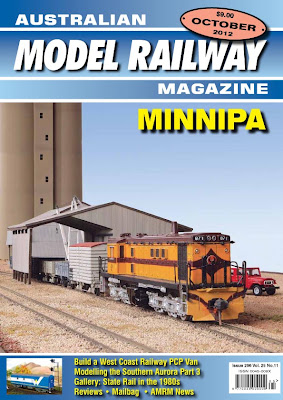 The contents of the October  issue 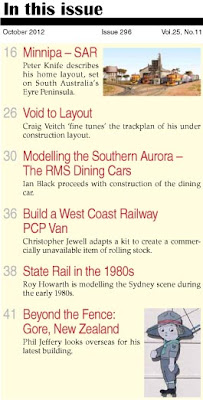 As is traditional for the October issue the layout article features John Dennis's excellent photography, returning this year to the narrow gauge theme with Peter Knife's HOn3.5 home layout, Minnipa, based on the prototype location on South Australia's Eyre Peninsula. 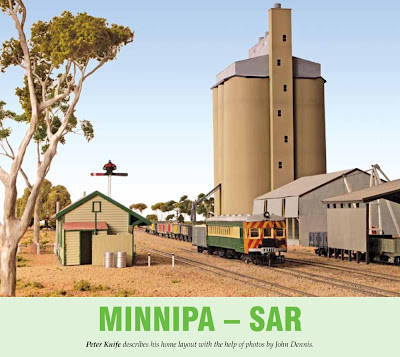 The next part to be published will describe the BCS lounge cars.
Craig Veitch returns with part three of his series describing the construction of his layout. 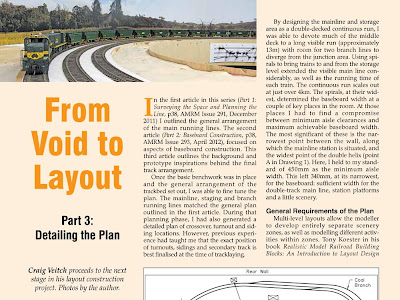 ﻿
Continuing the 'construction' theme is an article by new author, Christopher Jewell, describing the conversion of a proprietary kit into a model not available commercially. 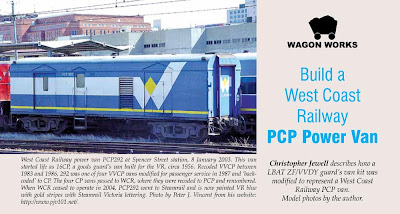 This issue's three page Gallery features some fine modelling by author and EMU expert, Roy Howarth, describing some of the models he has constructed, set in a period somewhat neglected by modellers. 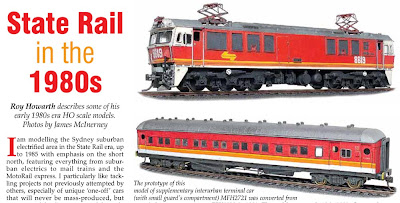 All this, plus Beyond the Fence and over eighteen pages of reviews and new product news, including the latest from manufacturers great and small in three scales.