The April 2018 issue of AMRM is now available as a back issue direct from SCR Publications.

Buy digital back issue of the April 2018 AMRM from Zinio. 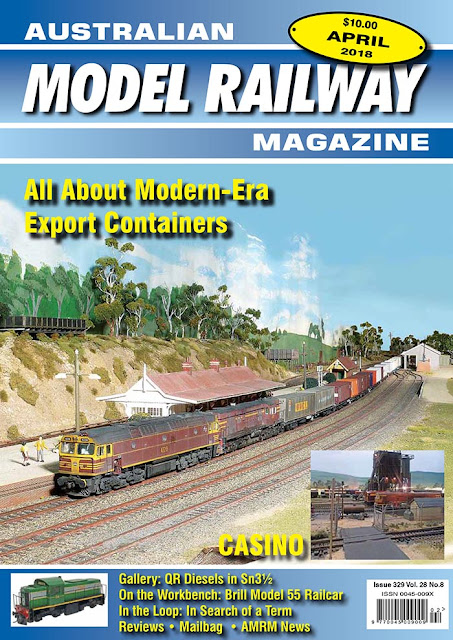 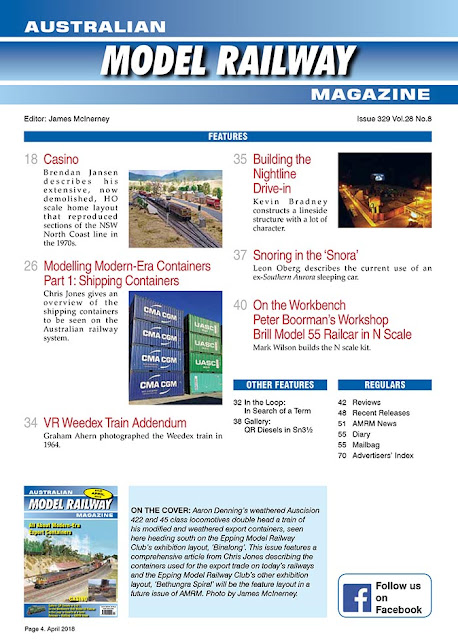 This issue's feature layout is yet another now demolished layout, Brendan Jansen's HO scale home layout, Casino, based on the NSW North Coast line and set in the 1970s. The layout featured Casino station itself, along with Paterson and Martins Creek, as well as the Border Loop Spiral! This iteration of the line is now defunct, but Brendan is well into building a bigger, better version in his new home, which we hope to feature in a future issue. 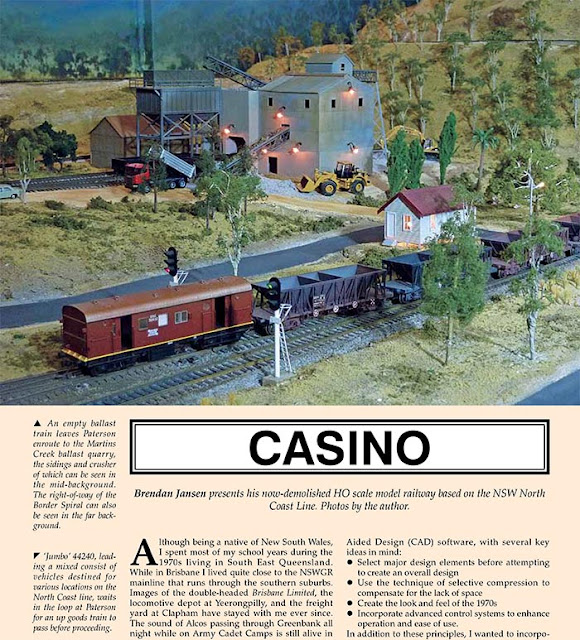 This issue's focus is modern-era export containers and Chris Jones has written a fascinating article covering all aspects of the containers used in export traffic in Australia, including descriptions of the individual container types, their colour schemes, what traffic they convey and what sort of trains one is likely to find them on. This article is so well written and comprehensive that it even piqued my interest , and I am very much a confirmed steam-era modeller! 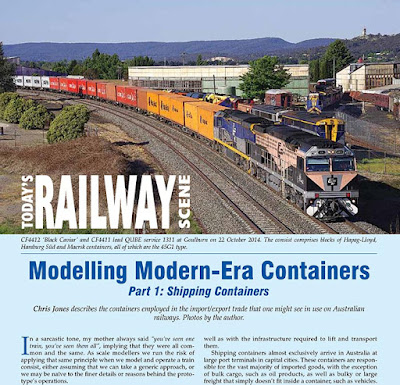 An aspect of the 'hands on' side of practical modelling is covered by Kevin Bradney's description of his animated and lit model of a typical drive-in, a once common lineside sight that it rapidly disappearing. 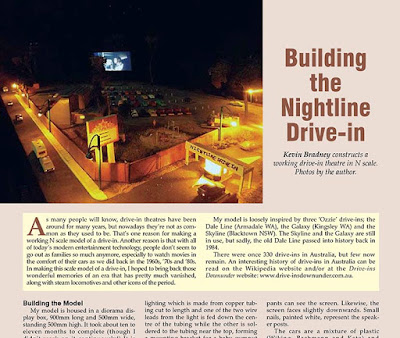 This issue's Gallery covers a prototype about which we rarely hear about, the Queensland Railways. Glenn Wright has described a few of his Sn3½ models of QR diesel locomotives.

This issue, Trevor Hodges' In the Loop column light-heartedly discusses the search for a suitable collective noun to describe us; his fellow model railway enthusiasts! In other articles, Graham Ahern follows up on last issues Gallery with some 1964 photos of the VR 'Weedex' train and Leon Oberg shows a possible use for that spare Southern Aurora carriage.

Leading into the Reviews section is this latest in our On the Workbench series, this time covering the N scale SAR 55 class Brill railcar produced by Peter Boorman's Workshop. 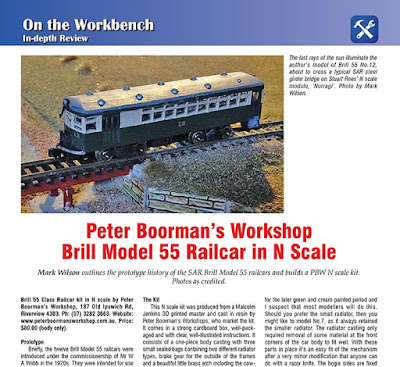 The Reviews section begins with a look at the first r-t-r steam locomotive from Southern Rail, the HO scale SMR 10 class 2-8-2T and also covers the r-t-r HO scale NSWGR 36' 'fishbelly' MLV from Auscision and the SAR SOC/SO ore cars from SDS. Another DCC 'gizmo' from MCE and four book reviews fill the rest of the six and half pages of the Reviews section.

The Recent Releases/News section then fills another seven pages with lots of 'goodies' to help reduce your bank balance and keep the economy functioning!