The August 2012 issue of AMRM is now available as a back issue. 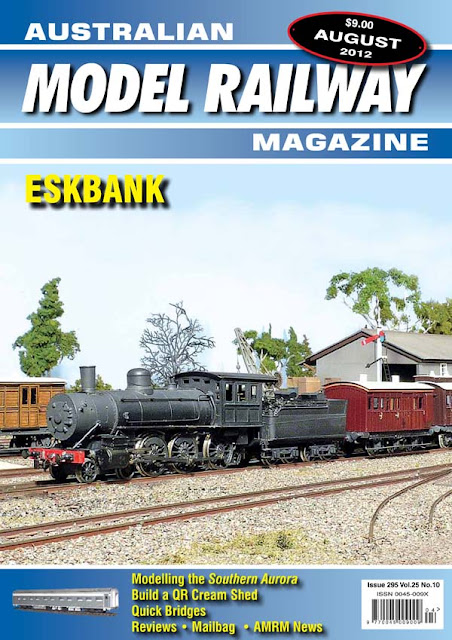 The contents of the August  issue

The feature layout in this issue is David Low's exhibition layout Eskbank, which feature a fabulous collection of 19th century NSWGR trains, built by David and the members of his operating group. 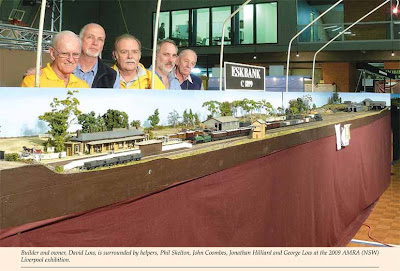 Following on from last issue is part 2 of Ian Black's definitive work describing the construction of the NSWGR and VR's fabulous Southern Aurora in HO scale. 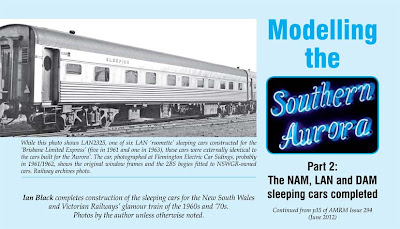 This chapter completes the construction of the NAM sleeping cars and covers the LAN and DAM sleepers that also formed part of the trains consist.

The next part, to be published in the October issue, describes the RMS dining cars.

And now for something completely different, a building article with a bonus! 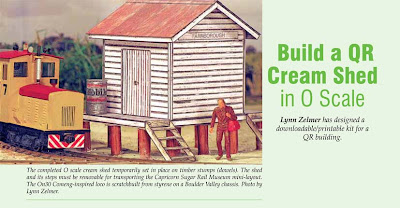 The article not only describes the construction of the building, but also includes full colour drawings that can either be used as a plan to scratchbuild the structure, or scanned/photocopied from the magazine and assembled as a kit!
A lower resolution version of the drawings is also available for download from the
Modelling the Railways of Queensland website:
http://qldrailheritage.com/mrqc/

This issue also sees another of the popular Branchline Ramblings from Ron Cunningham, plus some simpler construction articles for those who may find building a complete Southern Aurora set a little daunting!

This issue's Gallery features just some of the amazing work that appeared at the most recent Modelling the Railways of South Australia convention.

All this, plus the usual supporting features and fifteen pages of reviews and new product news, including reviews of the latest offerings from Austrains, Eureka and Auscision.


Purchase this issue of AMRM as a back issue.

Posted by Australian Model Railway Magazine at 12:32 No comments: