The digital version of the April 2020 AMRM has been released by Zinio.

Buy digital back issue of the April 2020 AMRM from Zinio.
(scroll down from current issue for all back issues). 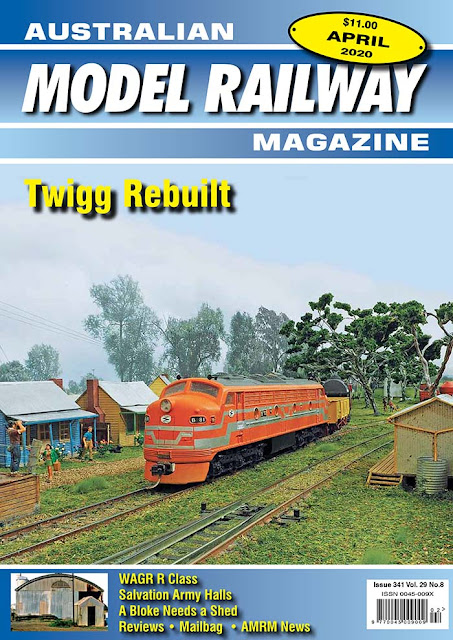 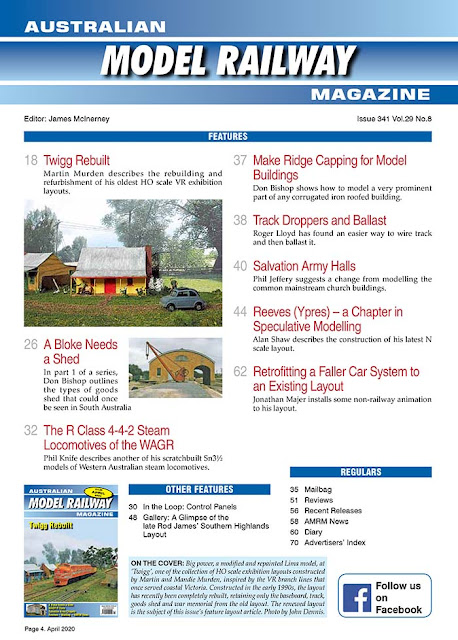 This issue's feature layout is one we have featured before, back in 1993, when it was brand new. But, as with most layouts, it got a little tired as it aged, but rather than scrap it and start again, the owner, Martin Murden, decided to strip it back to baseboard and track and rebuild it. This article shows how successful this approach to renewing a layout can be. 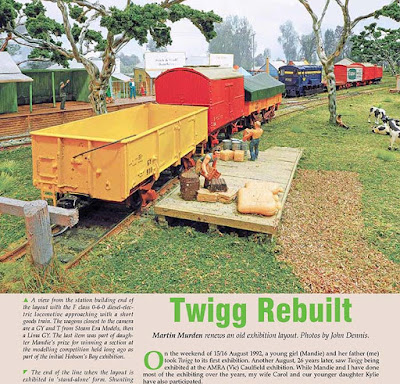 This issue could well be described as an 'infrastructure' issue, as the theme is definitely buildings, starting with the first part of another multi-issue treatise, this time discussing the goods sheds of the SAR and how to model a typical example. In this first part, author Don Bishop describes the various types of goods sheds that could once be found serving the railway users of South Australia. 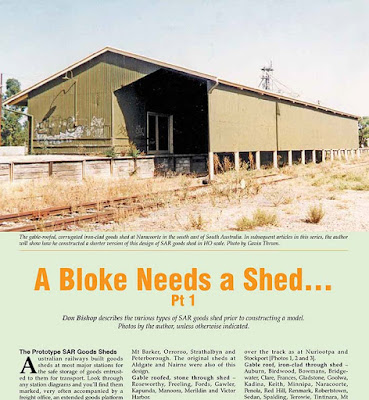 Don has also written an associated article describing the process of adding ridge capping to buildings. 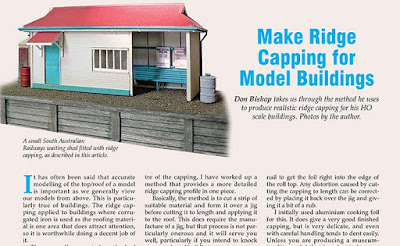 Phil Jeffery's Beyond the Fence series continues with a description, images and drawings of a type of building that one rarely see modeled, the various types of Salvation Army Hall that one can still find dotted about the landscape.

Continuing the infrastructure theme is a short description by Roger Lloyd of one of the ways one can make it easier for oneself when wiring and ballasting track.

If you have ever thought about adding non-train movement to your existing layout, Jonathan Majer has a few words to say on the subject in his article describing how he animated some traffic on his layout. 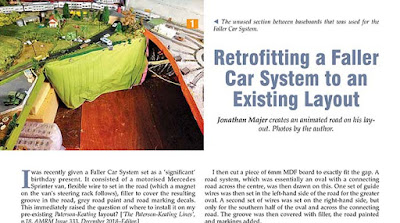 However, locomotives have not been forgotten, with a description by Phil Knife of a most unusual class of WAGR steam locomotives and how he build a model of one. 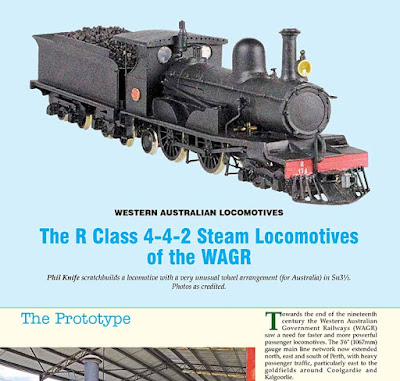 Models of  locomotives, rolling stock and infrastructure are all very nice, but to get the most from these individual models, one needs a layout to run them on, which can be a problem if you have only a small area available. Alan Shaw shows how he overcame his own lack of space and created a delightful little 'gem' of an N scale layout. 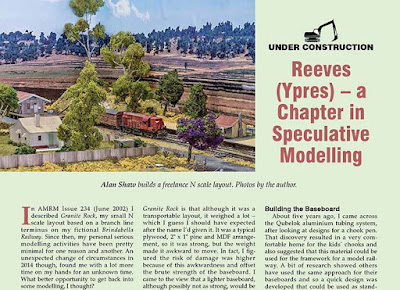 Speaking of layouts, this issue's Gallery features a glimpse of one of the great Australian exhibition layouts that few have even heard of, let alone seen. 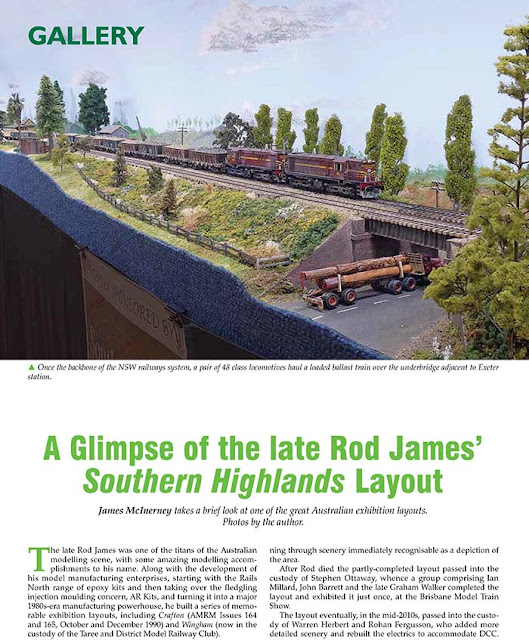 When you have assembled all your rolling stock, built the infrastructure, constructed the baseboards and laid the track, you will need to control it all; a topic that regular columnist, Trevor Hodges, covers more than adequately in his In the Loop column in this issue.

Even the Reviews section is about infrastructure this issue, with reviews of the 5000 and 10000 gallon NSWGR locomotive water tank kits from Mechanical Branch Models, the latest 3D printed/cast brass NSWGR lower quadrant signal kits from Signals Branch (Ray Pilgrim) and a book completely filled with exquisite infrastructure images, the latest from Nick Anchen, Visions of Victoria The Magic of Kodachrome Film - 1950-1975.

Last, but not least, keep up with the latest intriguing happenings in the model railway world with the five image-filled pages of the Recent Releases/News section.

Posted by Australian Model Railway Magazine at 16:17 No comments: