The October 2018 issue of AMRM is now available as a back issue direct from SCR Publications (paper copy) or Zinio (digital copy). 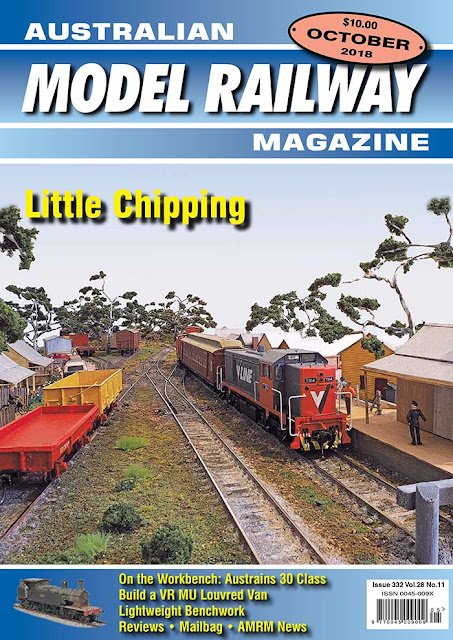 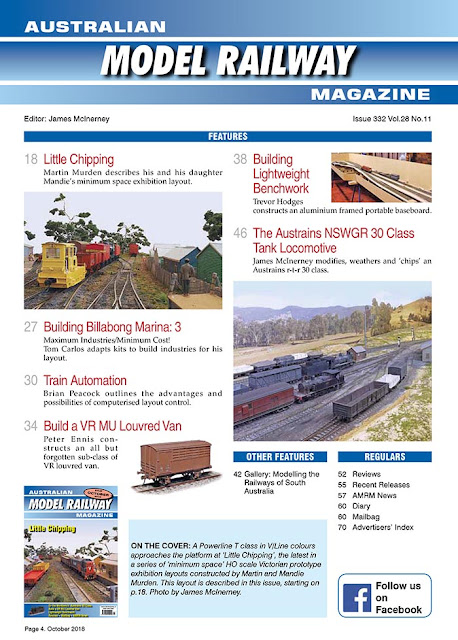 This issue's feature layout carries on the 'minimum space' theme from last issue, spotlighting Little Chipping, the latest in a series of minimum space Victoria-themed exhibition layouts constructed by the Murden family over the last thirty or so years. 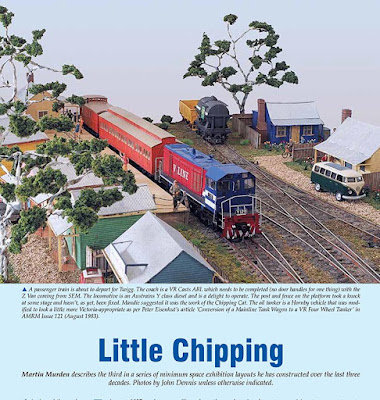 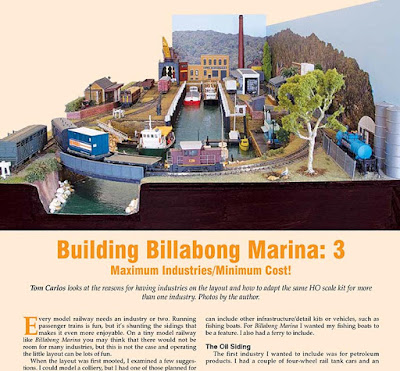 Layouts are definitely the theme of this issue, with Trevor Hodges taking time out from penning In the Loop to describe how he built his layout's aluminium-framed baseboards. 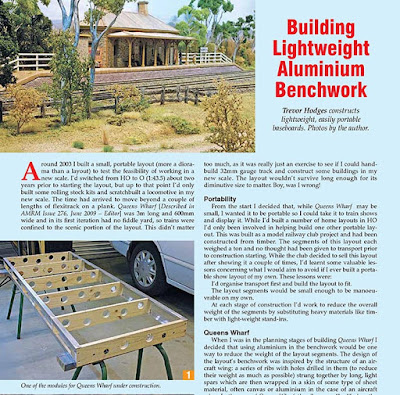 The layout has been built and now you want to run it. Brian Peacock discusses an alternative to the classic method of controlling each train manually. 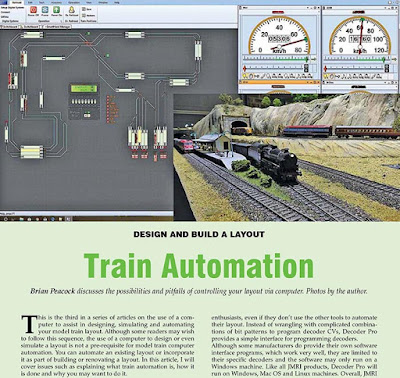 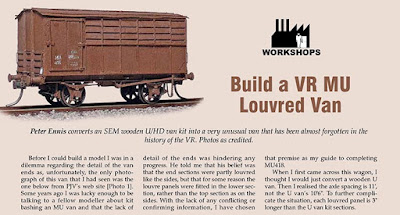 The r-t-r revolution has made things a lot easier than in the old days when one had to do everything oneself, but that doesn't mean one can't take a good r-t-r locomotive and make it better! This month's On the Workbench details, 'chips' and weathers an Austrains 30 class tank locomotive. 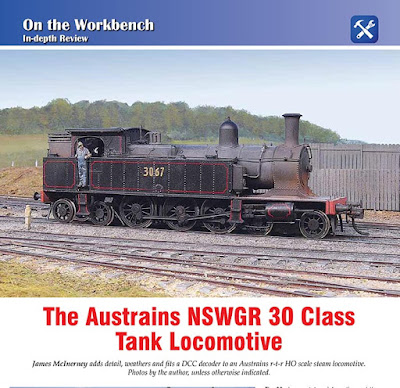 If you want to see some very fine modelling, then the annual Modelling the Railways of South Australia convention is a good place to go! This issue's Gallery features some of the 3'6" narrow gauge models that were displayed at the 2017 convention. 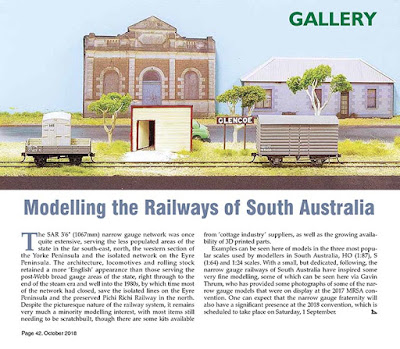 Things are quiet on the commercial scene at the moment (the AMRA (NSW) Liverpool exhibition is coming!), but we still have an interesting four-page Recent Releases/News section to tide us over until the expected Liverpool deluge of new models arrives!

Posted by Australian Model Railway Magazine at 12:56 No comments: