The Aug 2014 issue of AMRM is now available as a back issue. 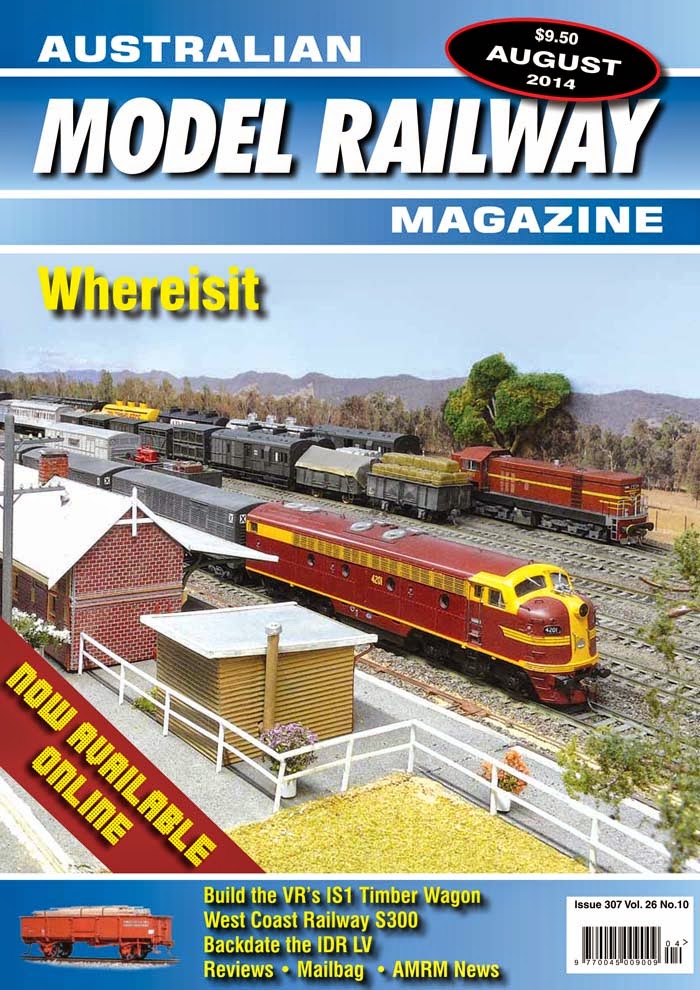 The contents of the August issue.

Feature layout this issue is Geoff Small's little NSWGR exhibition 'gem', Whereisit , showing what can be achieved with a good 'eye' and the judicious application of r-t-r and ready-to-place models. 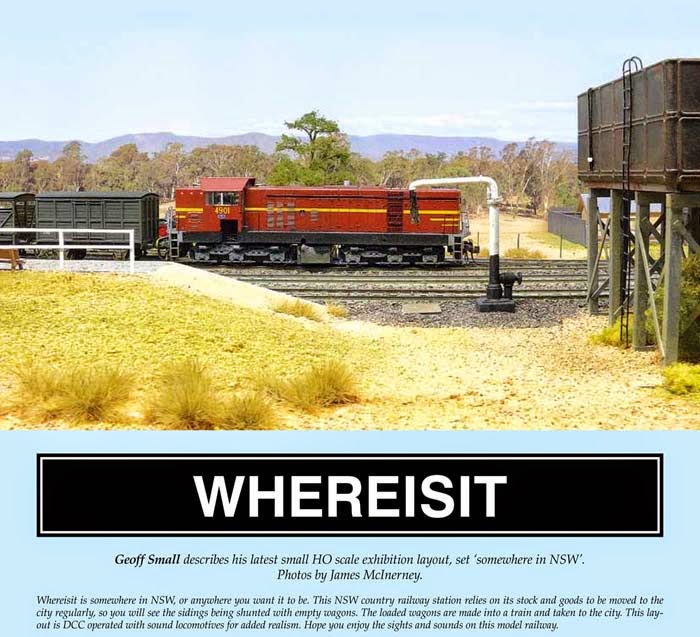 and, as encouragement to those who are prepared to 'have a go' rather than wait for one of the importers to produce the exact model they want, Christopher Jewell shows how he created a model of West Coast Railway's S300 from a blue and gold Trainorama S class diesel.

However, NSW has not been forgotten, as AMRM Editor, Ian Dunn, has followed up his recent review of the IDR 18' LV with an article on how to backdate it to an earlier version.

We'd love to print construction articles from other states, but we need someone to write something! Come on Queensland, South Australia, Western Australia, Northern Territory and Tasmania, don't let NSW and Victoria have the magazine all to themselves!

Encouragement of another sort is described in Ron Geeves' article on the layout constructed by pupils of Kaleen High School under the mentoring of members of the Canberra Model Railway Club. Who was that saying that the 'old blokes' don't encourage the younger crowd! 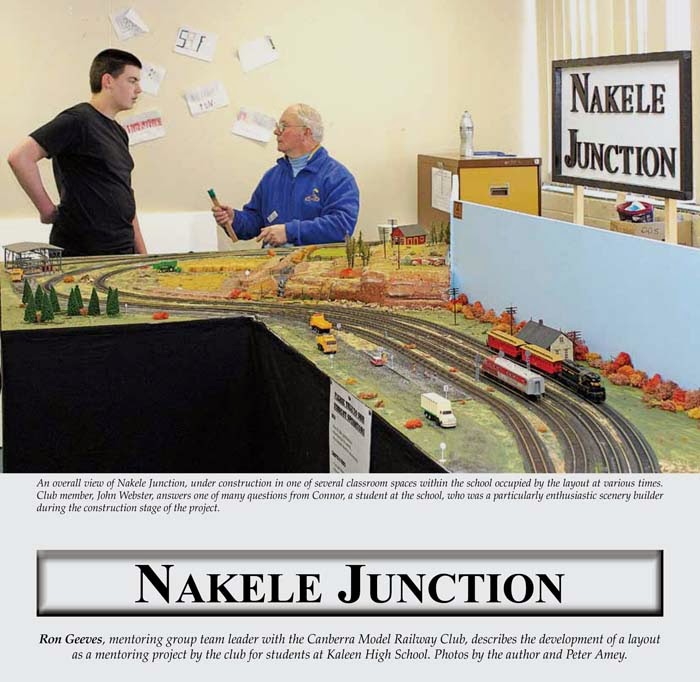 This issue's Beyond the Fence highlights a very common Australian building style that is rarely modelled. Hopefully models of these houses will now be less rare! 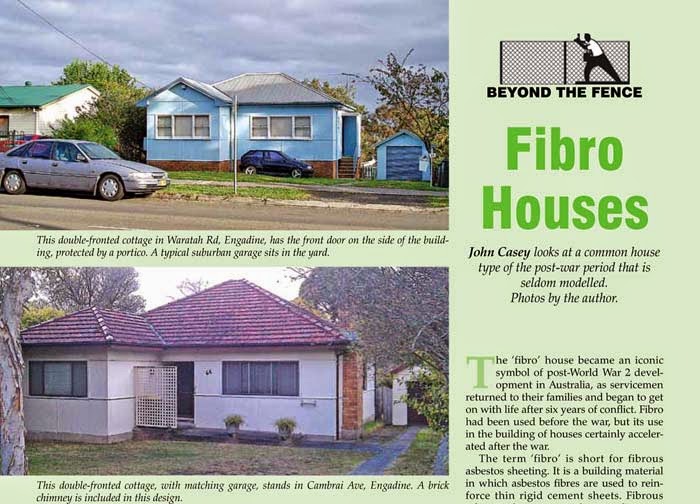 It looks like we now will have two semi-regular columnists, with the printing of the first of well-known O scale enthusiast, Trevor Hodges, new columns under the heading of 'In the Loop', where Trevor intends to be occasionally 'side tracked' by topics of interest to all modellers, not just those of a specific scale!

Along with the featured articles we also have some 'short and sweet' articles on subjects as diverse as modifying the current version of Peco turnouts for slow-motion point machines, adding a mini-scene featuring bee hives to your layout  and a simple method for neatly cutting windows in scratchbuilt passenger cars.

Last, but by no means least, in the article section of the magazine, this issue's Gallery features some of the magnificent models of Victorian (the state!) buildings that were on display at the 2013 Victorian Prototype Modeler's Forum. 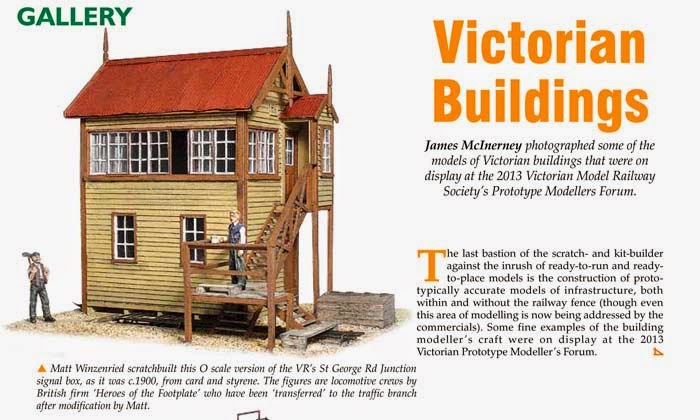 The Reviews section in this issue is another relatively 'quiet' one, with reviews of Southern Rails QR VAK/VGK hopper wagons, Bragdon weathering powders, arched bridge kits from North Eastern Scale Models and the DVD Recordings from Hunter & Northern Lines 2013 from Train Buff Productions. This issue may be 'quiet', but going on the huge pile of models on my desk awaiting distribution to reviewers, next issue might be all reviews!

The seven pages of the Recent Releases and News sections, however, are anything but 'quiet', with coverage of the many interesting 'goodies' that have either just been released or will be arriving soon. As I have said before, you can forget those blurry thumbnails on the net, if you want to see top quality images of what has been released and what is coming, take a look in AMRM!