The June 2018 issue of AMRM is now available as a back issue direct from SCR Publications.

Buy digital back issue of June 2018 AMRM from Zinio (scroll down from current issue). 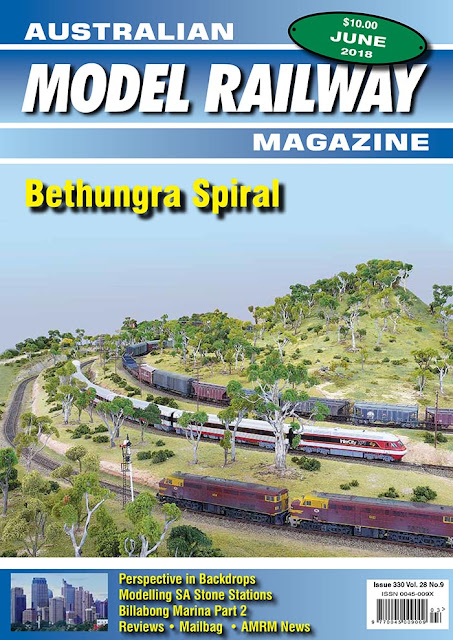 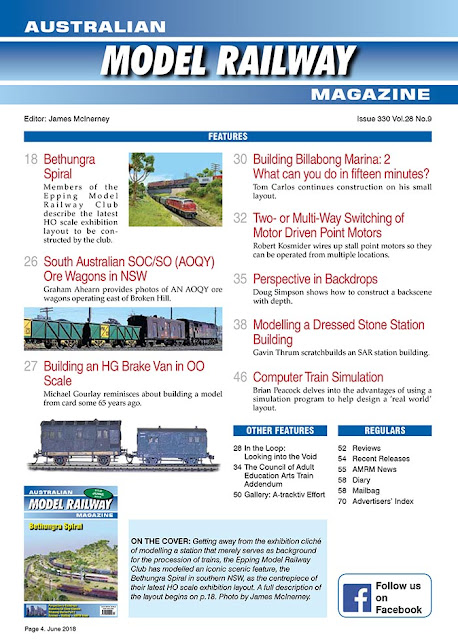 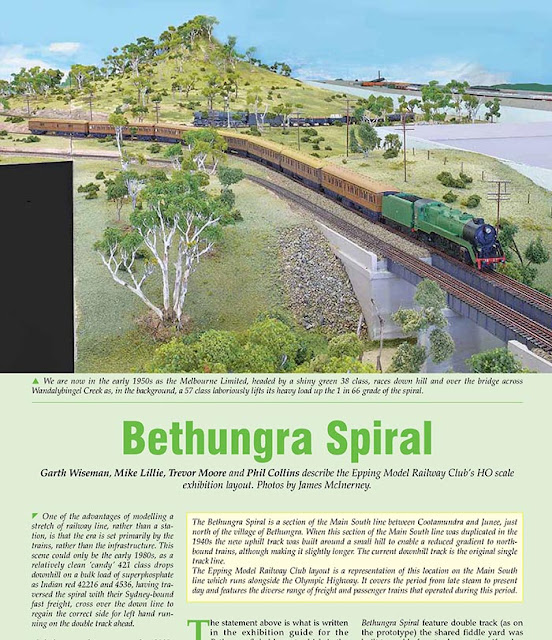 This issue's feature layout is the Epping Model Railway Club's HO scale exhibition layout based on the Bethungra Spiral on the NSW Main South, located about half-way between Cootamundra and Junee. This layout will be on display at the club's exhibition at Rosehill Racecourse (NSW) over the June long weekend. 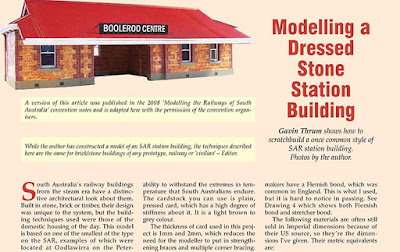 This is definitely a 'modeller's' issue, with a considerable number of pages devoted to 'how-to' articles, such as this excellent guide to scratchbuilding buildings from well-known South Australian modeller, Gavin Thrum. If you have always wanted to scratchbuild, but haven't been brave enough to try, read this article! Even seasoned scratchbuilders can learn a thing or two from Gavin's easy to follow text. 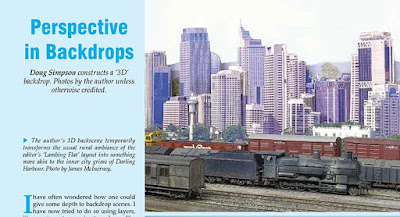 Commercial photographic backdrops are becoming widespread (I use them myself), but if you want something that is a bit different, have a look at this article by Doug Simpson. His backdrop is 3D! 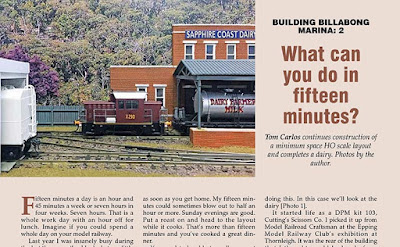 One of the really good things about the current scene, dominated as it is by r-t-r locomotives and rolling stock, is the number of layouts being built. Tom Carlos returns with an update on progress on his 'minimum space' layout. 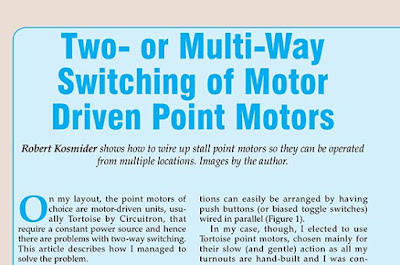 Tying into the 'construction' theme is this article from Robert Kosmider on how to wire up 'stall' point motors so they can be operated from more than one location. 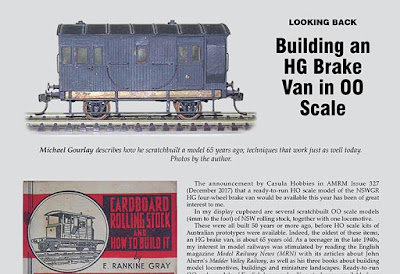 It is always instructive to 'look back' on how things used to be done. The good techniques are timeless, even if the materials, and even the scale, has changed, as Michael Gourlay shows here. 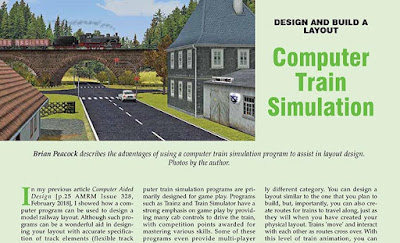 The old techniques can still be useful, but that hasn't stopped Brian Peacock experimenting with using a computer simulation to help design his layout. The photos comparing screenshots of the simulation with Brian's under-construction layout are most impressive!

Prototype information is always useful, so Graham Ahearn has provided some interesting images to follow up Dan Carmody's review of the SDS SAR SOC/SO ore wagons in the April 2018 issue that will be particularly useful for those who want to justify operating these fine models on a NSW-based layout! 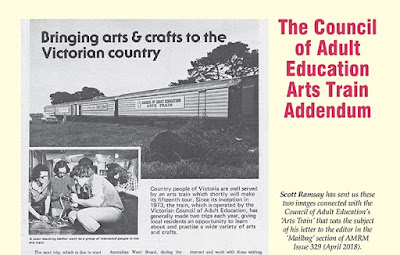 Also a follow up to an item in a previous issue, Scott Ramsay has found some photos of the Victorian 'Arts Train' mentioned in his letter in the Mailbag section of the April issue. 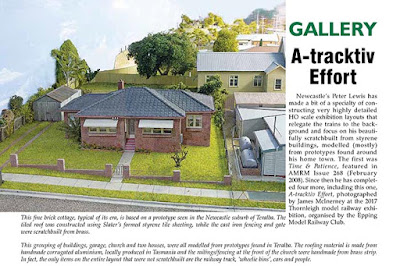 This issue's Gallery highlights the well-observed scenes on another of Peter Lewis's HO scale exhibitions layouts celebrating the architecture of his home town, Newcastle.

Trevor Hodges' In the Loop column discusses the concept of 'courage' as applied to railway modelling and has a few interesting things to say about those who are often known in the hobby as 'gunnas'!

The Reviews section has only one review this issue, but it is a major one, looking at the NSWGR 30 class steam locomotive from Austrains.

The relatively brief four pages of Recent Releases/News section reflects the current 'lull' in commercial activity from the 'majors', but there are still some very interesting items being produced by the 'cottage' producers!

Posted by Australian Model Railway Magazine at 13:51 No comments: