The October 2017 issue of AMRM is now available as a back issue direct from SCR Publications.

Buy digital back issues of AMRM from Zinio. 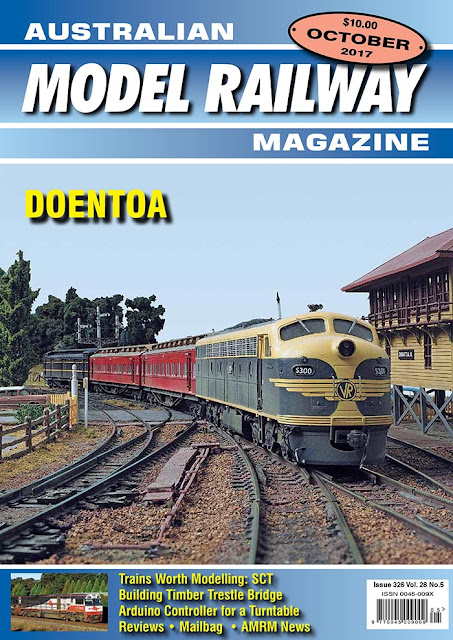 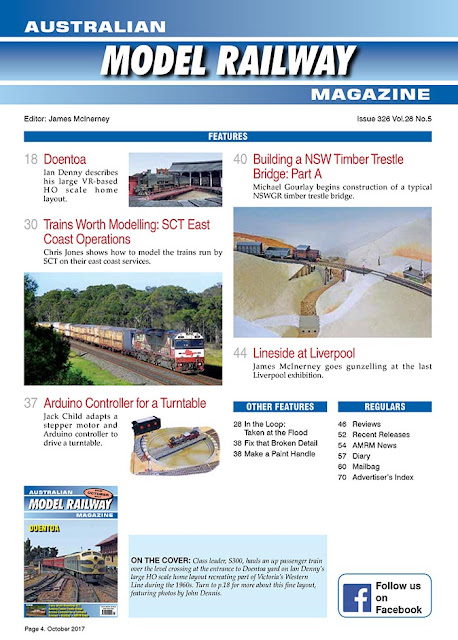 The October issue traditionally features the brilliant photography of John Dennis. This issue he is covering the extensive HO scale home layout of Ian Denny, a 'might have been' VR transition era masterpiece set in the far western reaches of Victoria on the main line to Adelaide. 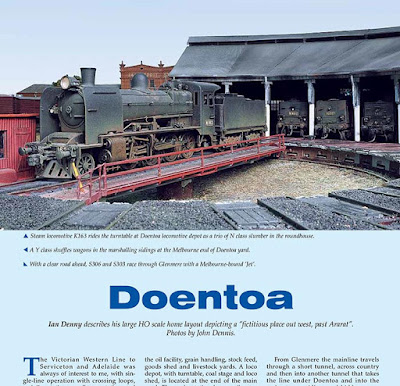 This issue covers topics ranging from how to model that SCT train you saw yesterday, through to the first part of a three-part article on modelling the NSWGR's distinctive 'Deane era' timber trestle bridges. 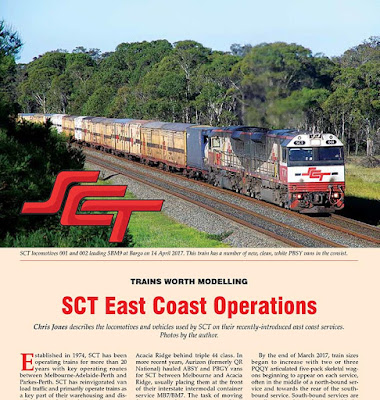 You saw it go past the other day and Chris Jones tells us what the locomotives and vehicles are and how to model them. 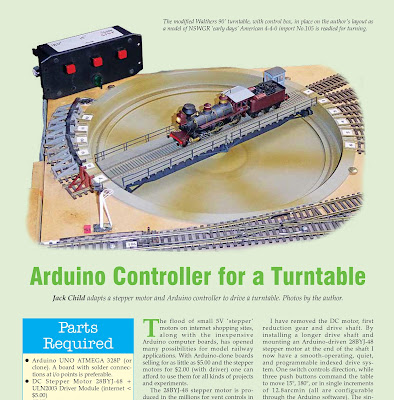 Reliably powering and controlling turntables is a recurring problem and Jack Child shows us a definite 21st century solution. 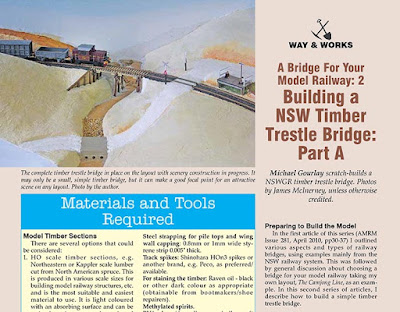 Picturesque steam era infrastructure is popular with many modellers (even those running modern diesels). Michael Gourlay begins a series on how to model the classic NSWGR transom-top timber trestle with techniques that are transferable to any timber bridge of any size or prototype.

Trevor Hodges' regular 'In the Loop' column delves into planning, construction and operator comfort issues, while David Foulkes presents a very elegant solution to the problem of how to hold models while painting them. 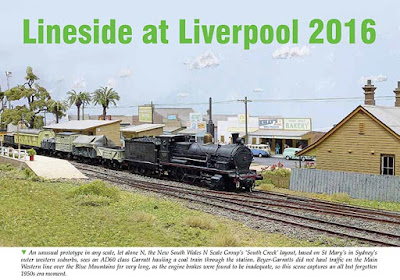 This issue's Gallery foreshadows the AMRM (NSW) Liverpool exhibition with a look at a few of the layouts that appeared there in 2016.

The Reviews section looks at some of the latest HO scale r-t-r offerings from SDS Models; the NSWGR high elliptical roof EHO, ARX/NPAX cement/grain hoppers and the JHG/NVJA goods brake vans, as well as the ready-to-place refuelling depot from Southern Rail, the two new r-t-p buildings from Bachmann Scenecraft and the kit for a classic Australian wind pump from Anton's Trains. Before you can build it, you need to know what it looks like, so we also look at two new books, Cadeco's Shooting the West and Train Hobby Publications' Country Branch Lines Victoria Part 10-Western region: Patchewllock, Yaapeet, Yanac, Bolangum.

Five pages of News and Recent Releases finish the issue off with a very interesting glimpse into the future...