A full-page ad marking the release of Ozrail Model Train's VR L class sheep van was supposed to appear on p70 of the October 2013 issue of AMRM, however, in one of those frustrating oversights that sometime occur when we are rushing towards our print deadline, the wrong file (the old half-page ad merely announcing that it was 'coming') was used instead and it wasn't picked up during proofreading.

This is the ad that was supposed to appear on p70. 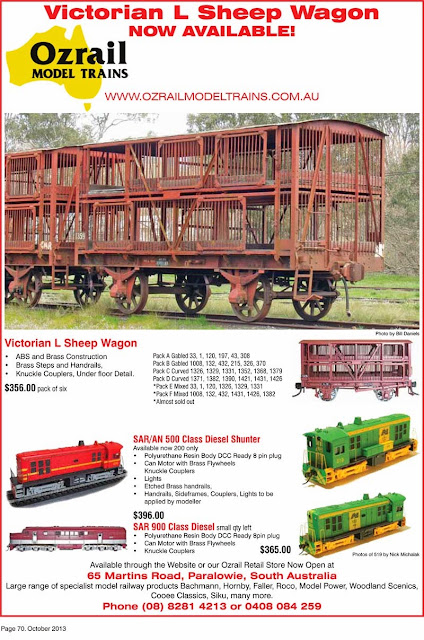 We apologise unreservedly to Ozrail Model Trains for this error.

However, it does give us the opportunity to include a nice, big image of a new L class van here. VR and SAR modellers enjoy! 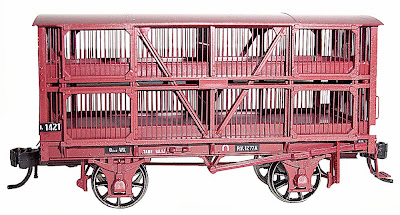 As mentioned in the Recent Releases section of the October AMRM, and now here on the ad that was supposed to appear, the Ozrail Model Trains HO scale VR L sheep van is now available, in both arc and gable roofed versions. 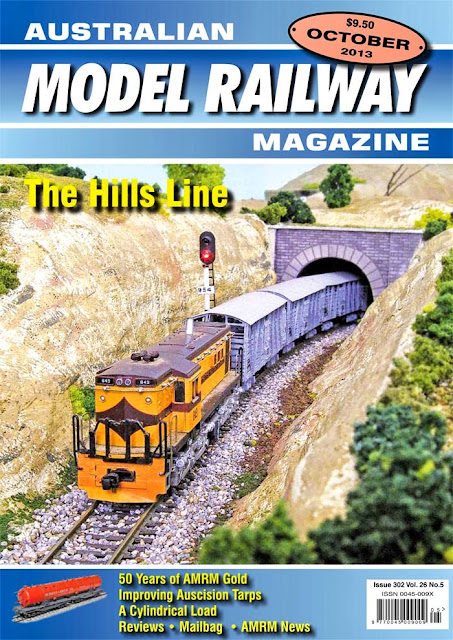 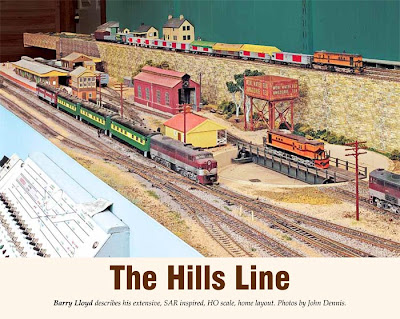 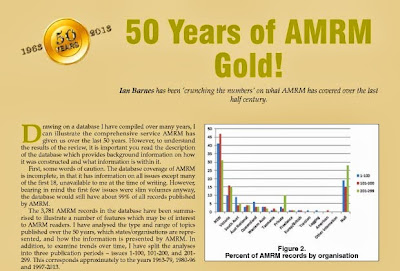 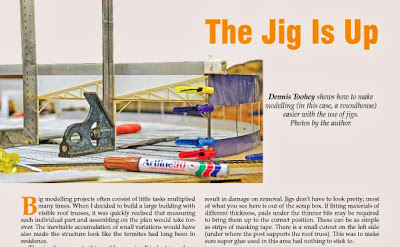 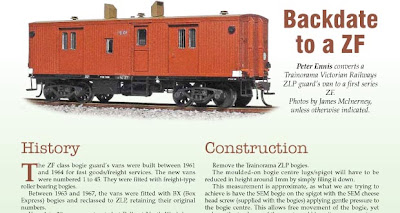 Posted by Australian Model Railway Magazine at 14:56 No comments: