The February 2018 issue of AMRM is now available as a back issue direct from SCR Publications.

Buy digital back issue of the February 2018 AMRM from Zinio. 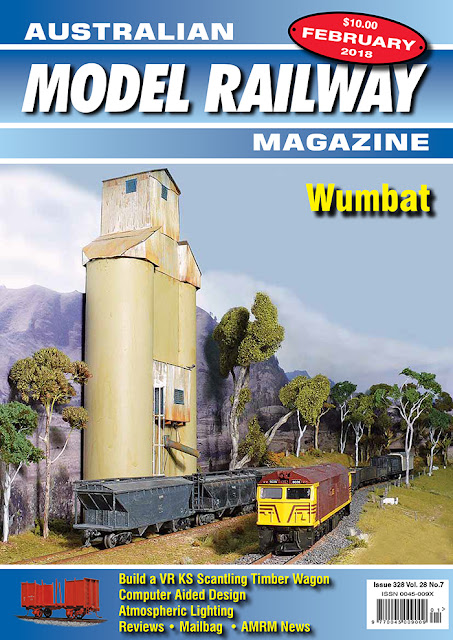 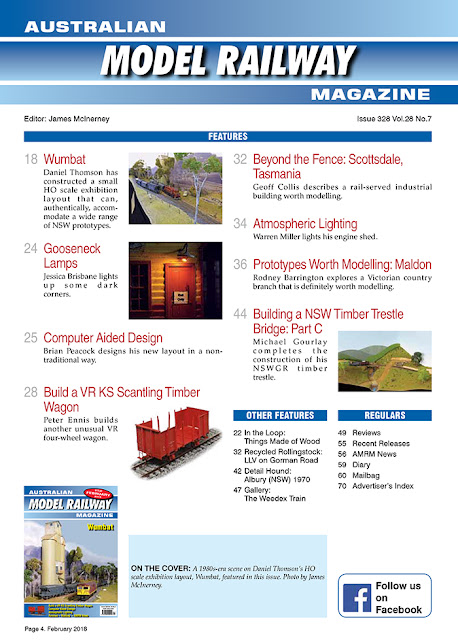 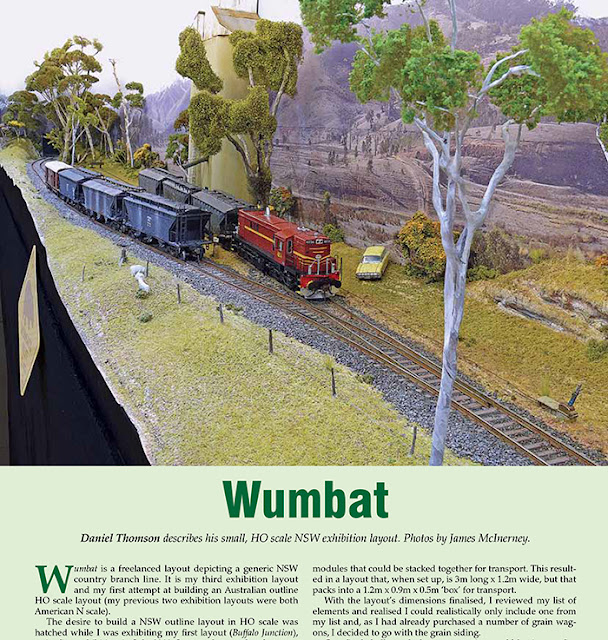 This issue's feature layout is Daniel Thomson's small, but perfectly formed, HO scale exhibition layout, Wumbat. This layout shows what can be achieved in a small space, particularly when one thinks beyond the usual paradigm of a complete station forming the publically viewable section of the layout. 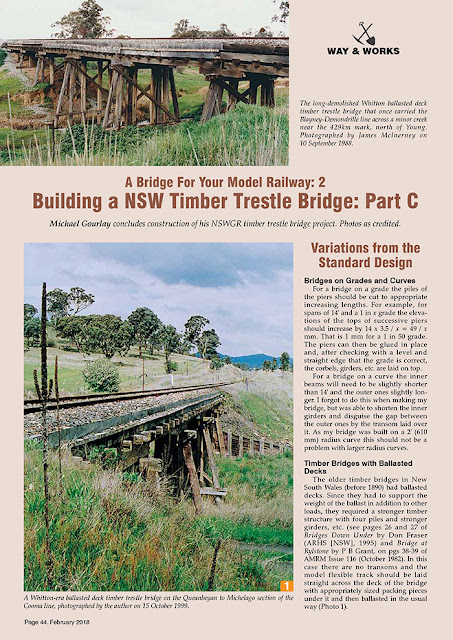 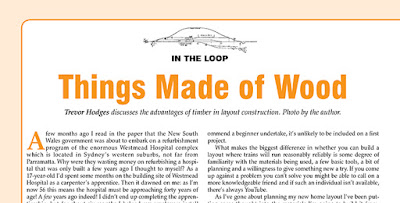 Trevor Hodges' regular In the Loop column discusses the use of timber in layout construction.

Layout design is a bit of theme in this issue, starting with this contribution from Brian Peacock on using CAD programs to assist with planning and constructing the layout. 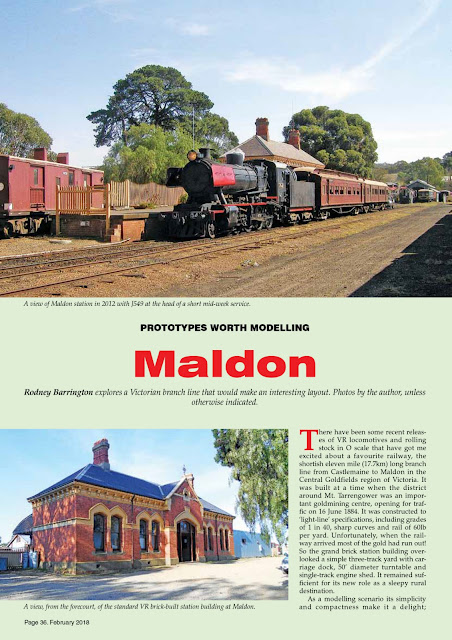 Rodney Barrington continues the theme of layout design with this 'prototype worth modelling' article that includes two of his excellent track plans, based on the prototype described. 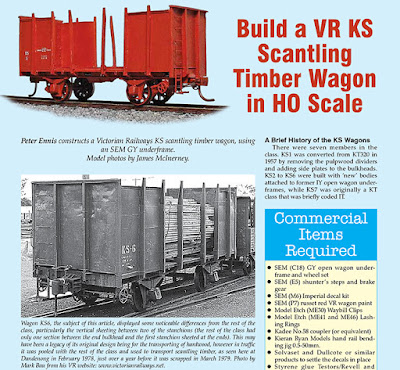 Peter Ennis returns with another of his very useful and justifiably popular articles on modelling another unusual class of VR rolling stock. 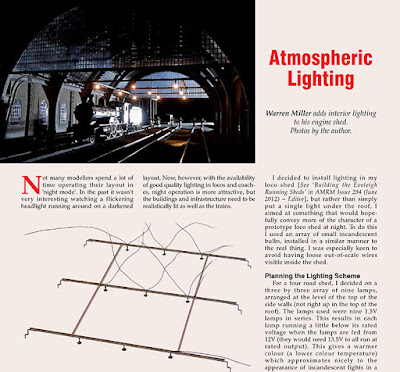 Adding structure lighting is another theme in this issue, firstly with this contribution from Warren Miller on how to light an engine shed. 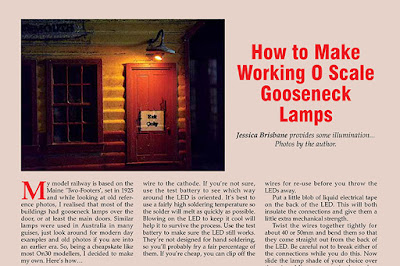 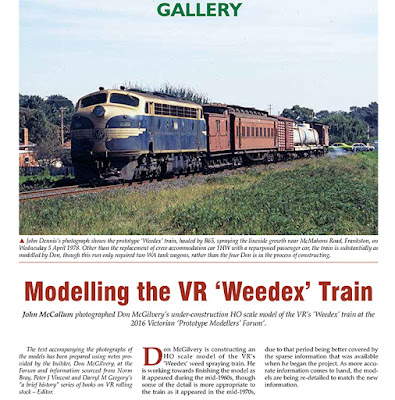 This issue's Gallery is also 'themed' with the photos and description of Don McGilvery's under construction VR 'Weedex' train teamed with prototype photos from John Dennis.

The Reviews section covers a wide range of products, with an emphasis on books, featuring the latest Byways of Steam, No.32, which follows on from No.31's coverage of Lithgow and its locomotive depot with descriptions of the surrounding, associated, locomotive depots, a history of the I (Z26) class 2-6-2T locomotives and RK Brown's experiences centered on Goulburn. Also covered are Train Hobby's Closed Stations - Lost Locations Victoria - Part 2, the next volume in Roy Howarth and Glenn Ryan's series on NSW Sydney suburban EMU stock, Single Deckers From Newcastle – The Cars Built At Walsh Island Dockyard – Volume 2 – The Power Cars C 3251 – 3300, Nick Anchen's brilliant Iron Roads in the Outback and David Crosby's Electronics for Railway Modellers. The electronics theme continues with a look a two recently released NCE DCC decoders and the NCE 'Snubber'. Last, but by no means least, is a major, multi-page review of the r-t-r HO scale NSWGR R car carriage set SUB 108 produced by Casula Hobbies.

On the news front, things are usually fairly quiet just before Christmas when the News section is compiled, but that hasn't stopped us filling four pages with Recent Releases and News, some of which is most intriguing...

Last of all, if you have a yen to do something to help AMRM and you have drafting skills, have a look at the item on page 57...

Posted by Australian Model Railway Magazine at 16:04 No comments: