The December 2019 issue of AMRM is now available as a back issue direct from SCR Publications (paper copy) or Zinio (digital copy).

You can purchase a paper copy of this issue online at:
www.australianmodelrailways.com
or directly from the AMRM office by phone on (02) 9311 2036, using your Credit Card.

The digital version of the December 2019 AMRM was released by Zinio on Wednesday 13 November .

Buy digital back issue of December 2019 AMRM from Zinio.
(scroll down from current issue for all back issues). 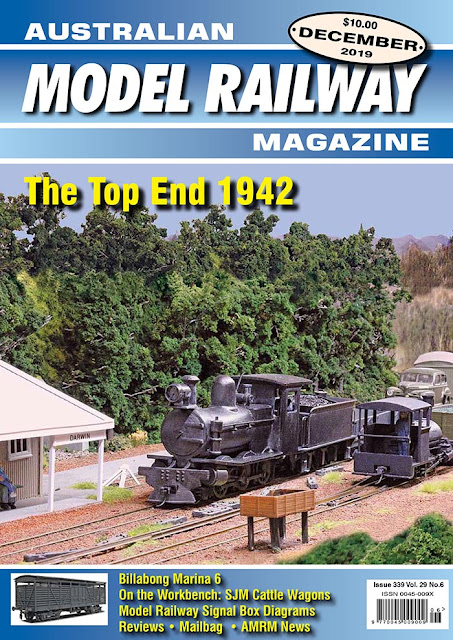 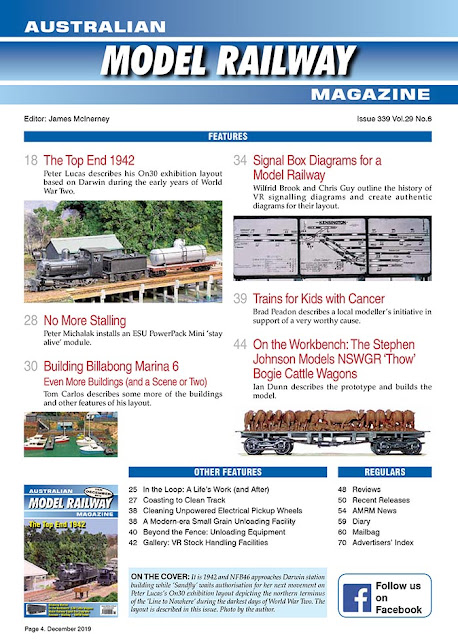 This issue's feature layout models a prototype that (as far as I can remember) has never been featured in AMRM previously, the North Australian Railway, and it is set in the dark days of 1942. Peter Lucas has adopted some very interesting techniques to model this extremely obscure prototype. 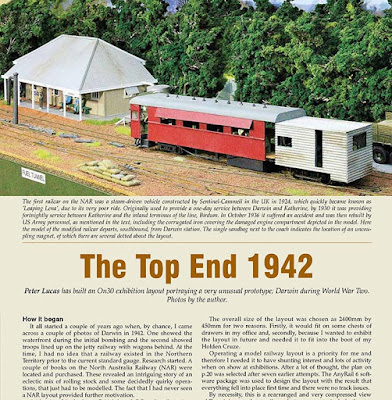 Not many modellers have the knowledge or interest to create authentic signal box diagrams for their layout, but the late Wilfrid Brook, did. He shared some of his knowledge and techniques in this fascinating article. 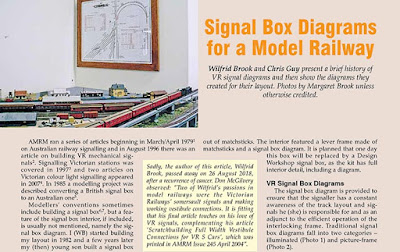 Tom Carlos is back with the latest installment of Billabong Marina, describing how he constructed more of the many buildings populating this fascinating little 'gem' of a layout. 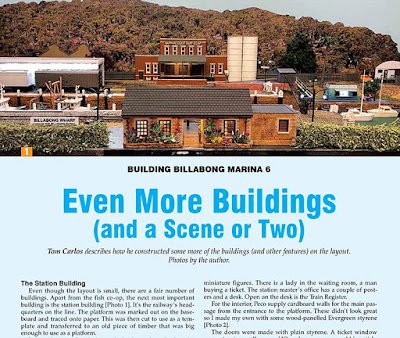 Peter Michalak presents a DCC Workshop on fitting a 'stay alive' module to his SAR F class steam locomotive. Don't be misled by the prototype, this article is applicable to anyone who has fitted a DCC chip and wants their locomotive's to proceed smoothly and without annoying stalls. 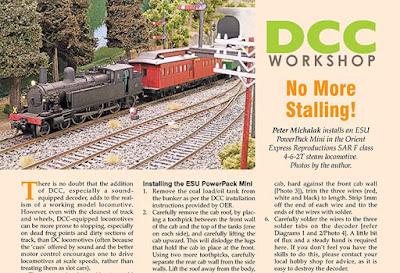 It's not often we get the opportunity to highlight 'good works' in AMRM, so we are delighted to be able to publish an article by Brad Peadon describing David Xuereb's commendable efforts to raise funds for the charity Kids with Cancer Foundation Australia through the medium of model railways. 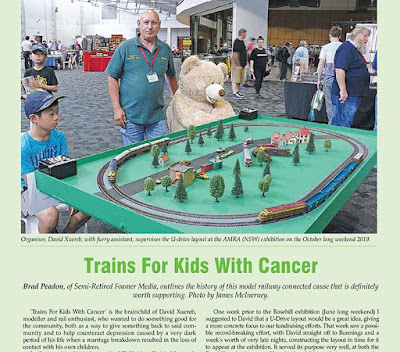 This issue's In the Loop takes a wide-ranging look at what might happen to a layout once the builder has passed on and explores some of the issues surrounding layouts whose owner is no longer with us.

In this issue's Beyond the Fence, Phil Jeffery describes some idiosyncratic and very modeleable equipment once used to unload wagons on the Victorian Railways.

This issues Gallery takes a look at stock handling on the VR, courtesy of photographs by John McCallum of models displayed at various Victorian Prototype Modellers' Forums. 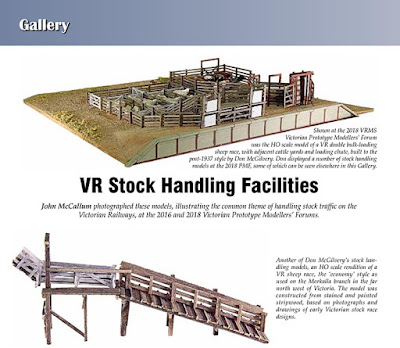 This issue's On the Workbench continues the stock handling theme, but in NSW, with an article describing the NSWGR's '1890', '1891' and '1896' bogie cattle wagons and Ian Dunn's adventures constructing the newly-released Stephen Johnson Models HO scale kit of the '1890' version. 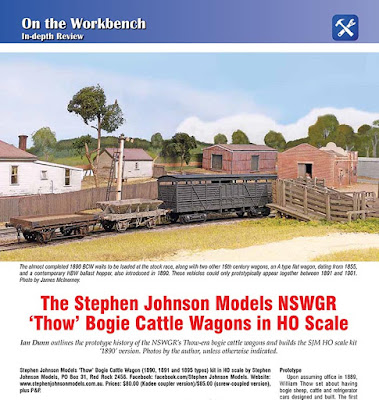 On the Workbench leads into the Reviews section, which cover's our publisher, SCR Publications, latest release, Hudson Brothers A History of Hudson Brothers Carpenters, Engineers & Manufacturers 1866-1898, by David Jehan, as well as the latest release from Train Hobby Publications, Ted Payne The Steam Era • Victoria, featuring many more of Ted Payne's excellent photos.

As one would expect in the issue after the AMRA (NSW) October long weekend exhibition, the Recent Releases/News section contains a lot of new models, as well as some intriguing news of what is coming up in 2020!

Purchase this issue of AMRM as a back issue in either paper or digital form.

Posted by Australian Model Railway Magazine at 15:38 No comments: