The August 2017 issue of AMRM is now available as a back issue
direct from SCR Publications. 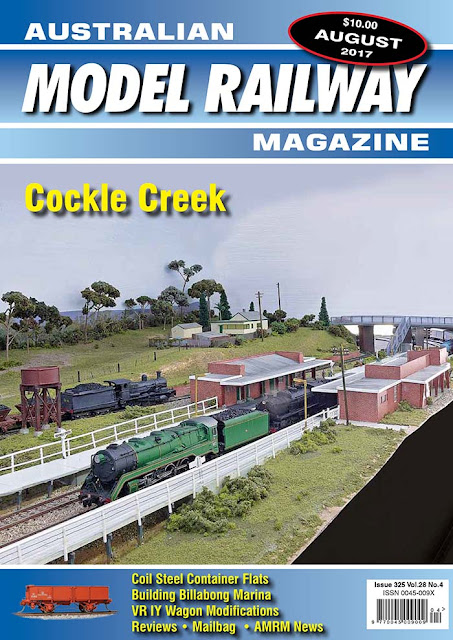 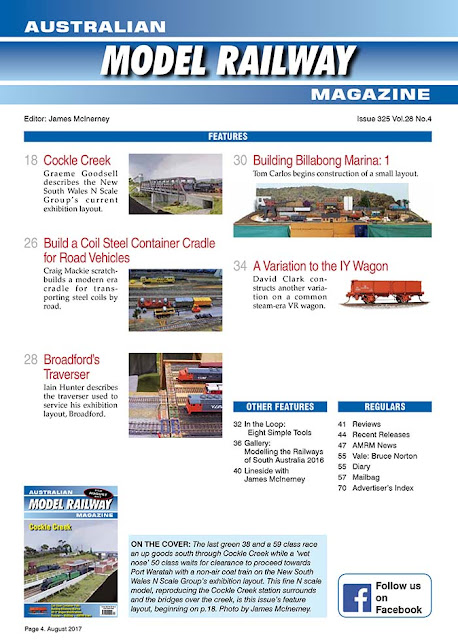 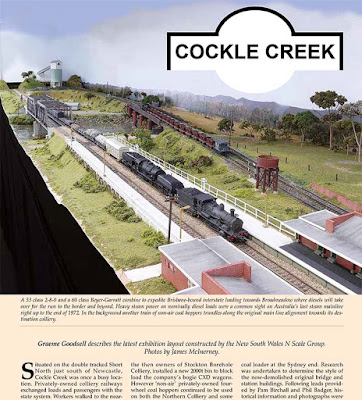 The 1960s/1970s is still a very popular period to model and our feature layout article this issue describes the New South Wales N Scale Group's exhibition layout based on Cockle Creek, just south of Newcastle on the Short North. 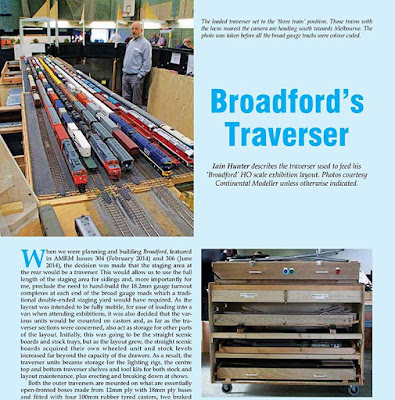 Many, if not most, layouts feature storage yards of some sort, most of which are conventionally laid out with turnouts to form the storage 'ladders'. Iain Hunter shows an alternative in the form of a large traverser which serves the UK-based HO scale Broadford layout, featured in previous issues of AMRM (Broadford, AMRM Issue 304, February 2014 and Broadford - Part 2, AMRM Issue 306, June 2014). 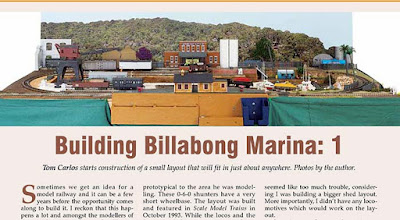 Building layouts are definitely a more common activity now than it was in the past, but not all layouts fill a double car garage! With many people now forced to live in small spaces, small layouts are definitely becoming more popular. In this article, the first in a new series, Tom Carlos commences his description of  the planning and construction of his minimum-space HO scale layout.

Despite the avalanche of r-t-r models, there are still plenty of people who like to build kits and also modify them into different variations. David Clark backdates an SEM kit into an unusual and eye-catching model for the VR modeller, using techniques that will work with kitbashing projects of any prototype. 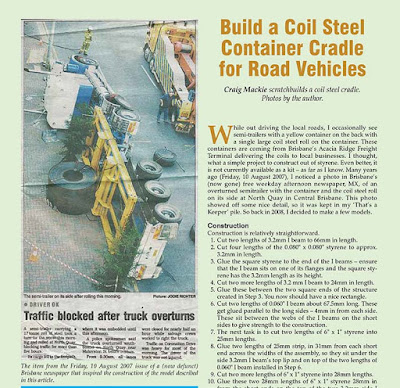 Even the largest layout needs to be detailed (and author Craig Mackie has a very large layout). Craig describes the process of converting inspiration found in an old newspaper into a detail item for his layout.

This issue's Gallery features a mouthwatering array of South Australian and Victorian models that were displayed at a recent Modelling the Railways of South Australia convention. If you want inspiration and tips for your next project, you may just find them it in this article, or you can just admire the magnificent craftsmanship that was on display. 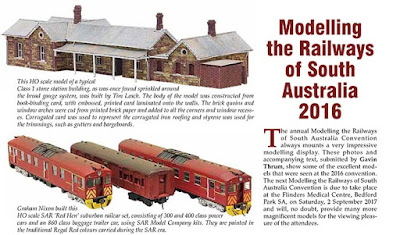 Trevor Hodges uses his regular In the Loop column to highlight what he regards as his eight essential tools for producing excellent models, one of which should make regular consumers of beer very happy!

With two major exhibitions since the last issue, the twelve pages of News and Recent Releases is chock-full of very desirable models!