The April 2014 issue of AMRM is now available as a back issue direct from AMRM. 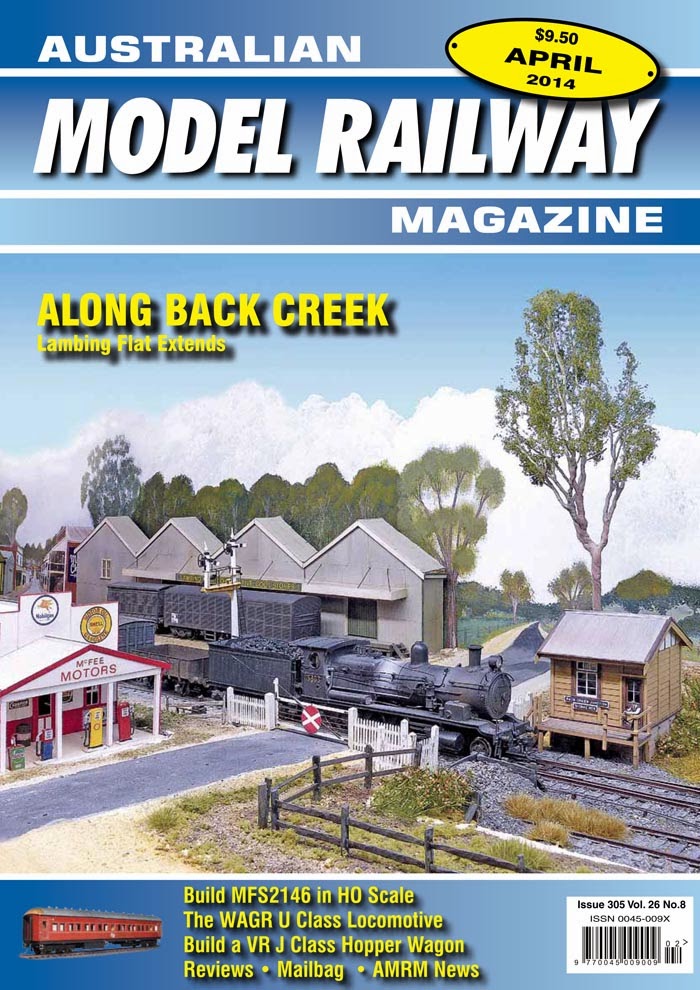 The April issue cover features a scene on my very own HO scale Lambing Flat, showing the level crossing, plus the new signal box that controls the junction to the new section of the layout that is described in this issue.


The contents of the April issue.

As mentioned above, this issue covers the extensions that have, and are being, constructed on my home layout, Lambing Flat. 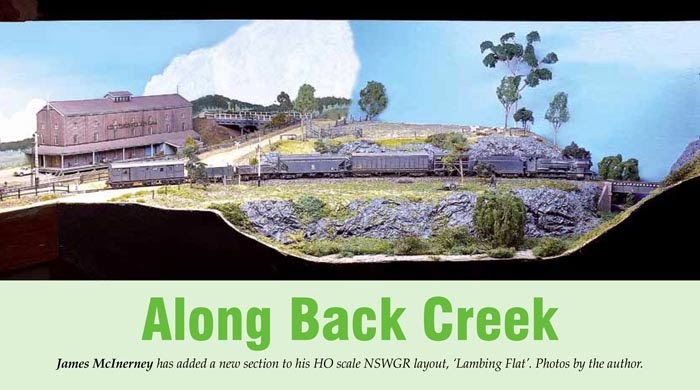 (The second part of the article describing Iain Hunter's Broadford layout has had to be held over till the June issue, due to lack of space.)

And here is one we have been working on for (literally) years! A comprehensive modelling article (with a section on the prototype) on the original VR bogie J class hopper wagons, complete with a very comprehensive drawing of the prototype in both HO and O scales. The article describes two different approaches to converting an American prototype model to a J class, using two different brands as the source, by well-known VR modellers, Peter Ennis and Tony Gray.

Phil Knife brings us another in his series on building WAGR steam locomotives. The 'hints and tips' he describes are useful for building any model, not just the one he has constructed. 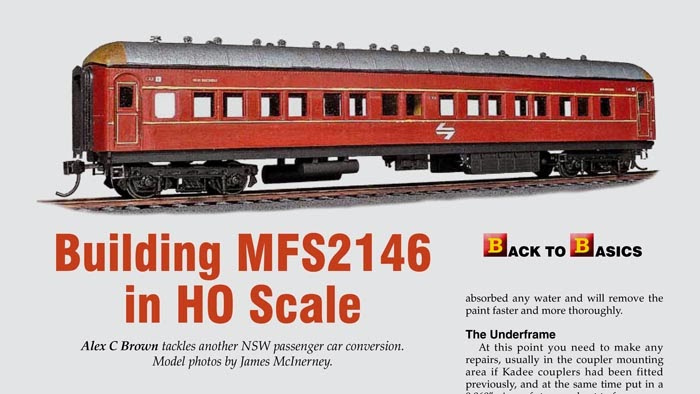 Another one that has been 'in the works' for a while. Alex C Brown presents another of his NSW passenger car conversions, showing how to create a model of a supplementary interurban car that we can pretty much guarantee will never be available r-t-r!

Ian Barnes takes us through the steps of fitting a DCC sound chip to a DJH steam locomotive kit.

Peter Jarvis describes his collection of kit- and scratchbuilt versions of the BCV/BLV/MLV/MLK vans, the prototypes of which were described in Ian Dunn's article,
The BCV - A Much Modified Van, in AMRM Issue 293 (April 2012).
Unlike last issue, there is much more commercial news happening at the moment!
With over nine pages of Reviews and nearly seven of News and Recent Releases, there is plenty to tempt the wallet.
This issue we review the r-t-r Eureka VR R class 4-6-4 steam and Auscision AN class diesel locomotives, plus the r-t-r Southern Rail QR ALY four-wheel vans, Austrains NSWGR LHG/OHG goods brakevans, SDS VR U four-wheel louvred vans and Auscision VR VLX/BLX louvred/closed vans (all HO scale).
Lots of interesting stuff in the News section as well.