The August 2019 issue is now available as a back issue direct from SCR Publications (paper copy) or Zinio (electronic copy).

You can purchase a paper copy of the current issue online at:

The digital version of the June 2019 AMRM has been released by Zinio.

Digital back issues of AMRM can be obtained from Zinio.
(scroll down from current issue). 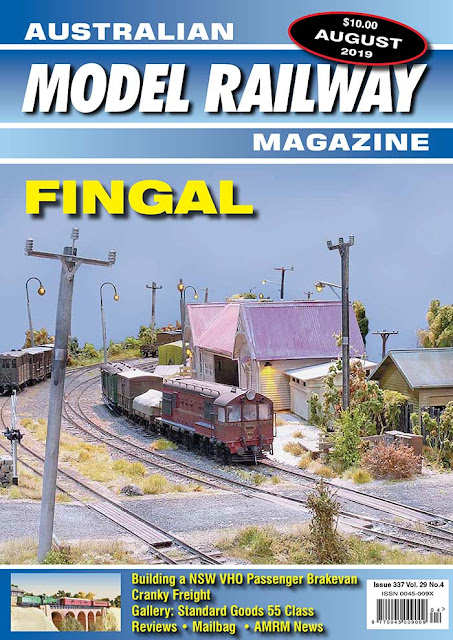 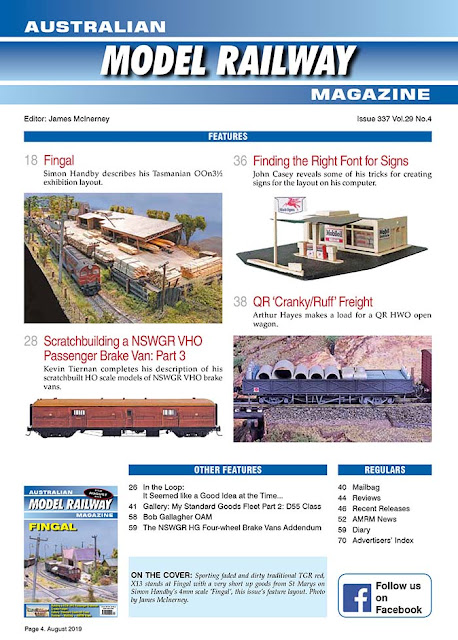 This issue's feature layout is a 4mm scale, 14mm gauge rendition of Fingal station on the TGR's St Marys branch, constructed as an exhibition layout by Simon Handby. 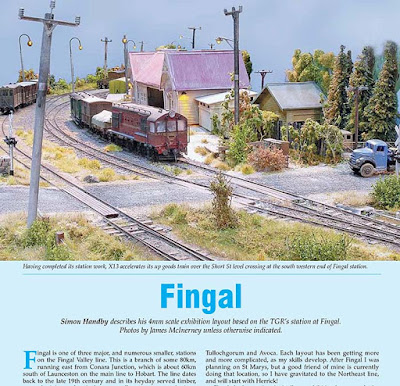 Scratchbuilders (and those contemplating scratchbuilding) will be pleased to see the third and final chapter of Kevin Tiernan's story of how he built models of the NSWGR's VHO passenger brake van, utilising techniques applicable to any prototype or scale, described in simple, easy to follow and reproduce form. 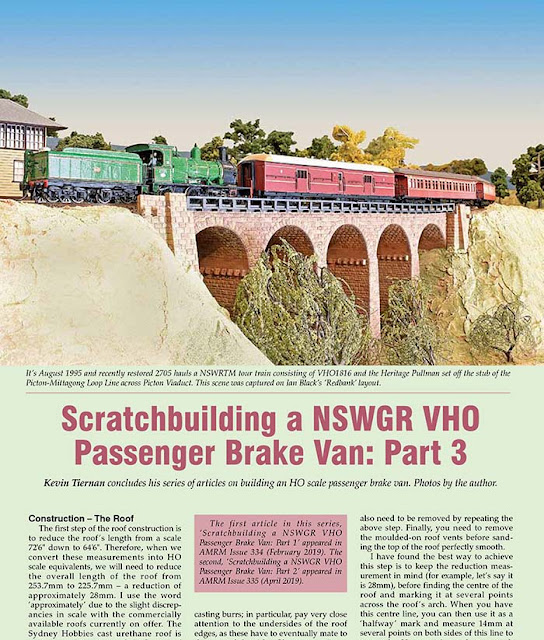 The advent of computers and the internet has made creating signs for your model railway a lot easier and simpler. John Casey shows how he created some simple signs and how he found the appropriate fonts. 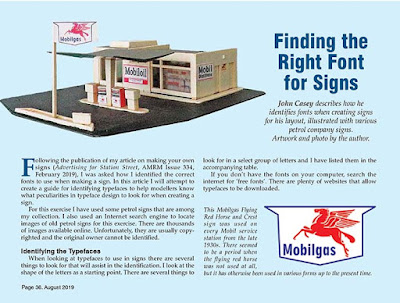 There are plenty of fine r-t-r and kit open wagons available now, in lots of scales, but there is not much info available on how to model what they carried. Arthur Hayes shows how to create some suitable loads for open wagons. 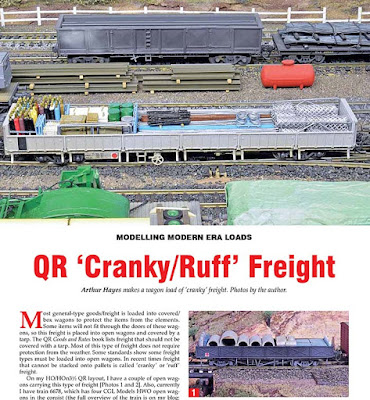 Trevor Hodges' In the Loop highlights the advantages and disadvantages of helping one's mates!

This issue's Gallery features another Eureka 50 class conversion from Ray Smith, describing how he built his model of 5599. 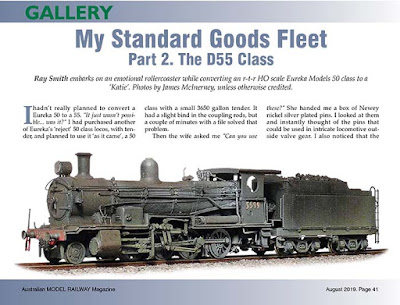 The Reviews section features another steam era vehicle that was part of the scene for nearly 100 years, the 1884 six-wheel 'supplementary tenders' that lasted until the end of steam and into preservation, produced as a kit in HO scale by Peter Boorman's Workshop. Also covered is Nick Anchen's latest book, Outback Railwaymen Life on the Commonwealth Railways.

The Recent Releases/News section always expands considerably after a major exhibition, and this issue needs 13 pages to report on what was released and foreshadowed at the recent Epping Club exhibition at Rosehill.