The June 2013 issue of AMRM is now available as a back issue. 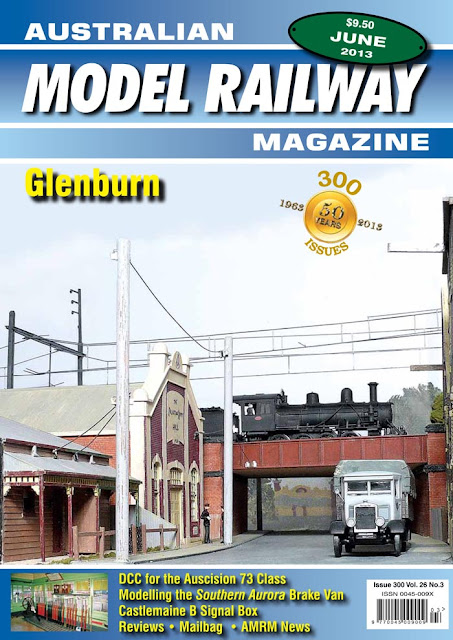 In keeping with the 'looking back' theme of our 50th anniversary year, this issue's feature layout is Andrew Collier's 'under construction' VR suburban layout, Glenburn, set in the 1920s/'30s and showing that a 'non-standard' era layout is eminently buildable with intelligent selection of commercial products and some scratchbuilding. 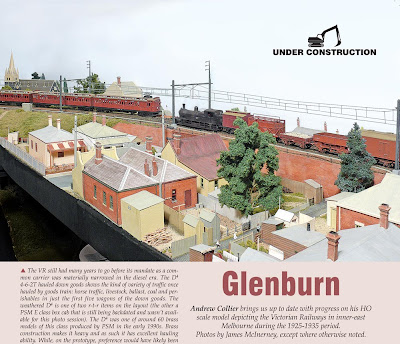 We continue Bob Gallagher's three-part history of AMRM with the second part, covering the 'middle years' when great changes occurred and AMRM nearly disappeared due to a disaster that occurred when the printer burnt down in 1980!

Those building their own Southern Aurora will be pleased to read the fifth part of Ian Black's magnum opus, covering construction of the MHN passenger brake vans. 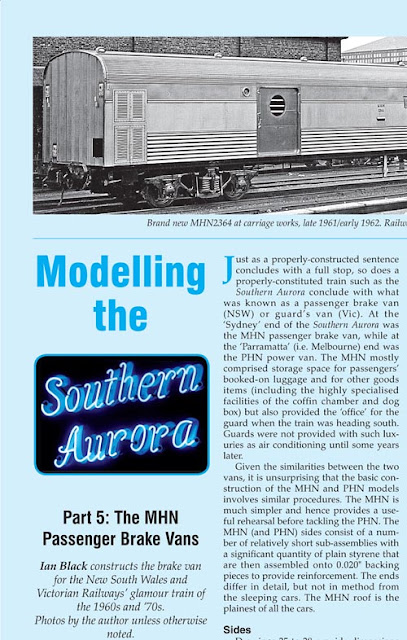 We also have the second part of Peter Jarvis's article on constructing a NSWGR water tank.

For those 'south of the border' we have a Prototype File on the VR's Castlemaine B signal box. The author, John Gilbert, will follow this up in a future issue with the construction of an HO scale model based on the box. 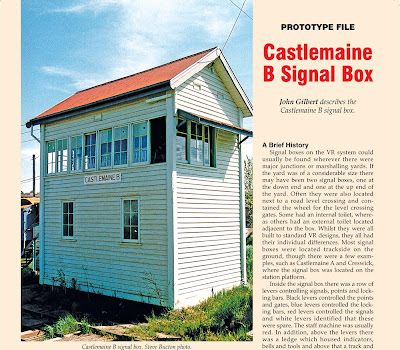 John Burford, a regular contributor, has penned an 'autobiography' of his 50 years in the model railway hobby, paralleling the development of the hobby over the last half century.

With great topicality, Ben O'Malley has written a 'how to' guide on fitting a DCC chip to the recently released Auscision 73 class.

All this, plus many smaller, though no less useful, articles should make our 300th issue one to remember!

Eleven pages of reviews and new product news should keep you up to date with developments in the commercial side of the hobby. We review the Auscision 422 and 73 class locomotives, the Wuiske/Haskell r-t-r QR QSC/QSCW/QLCP vans, the ILM RU 'dress-up' kit and two new books from Train Hobby.